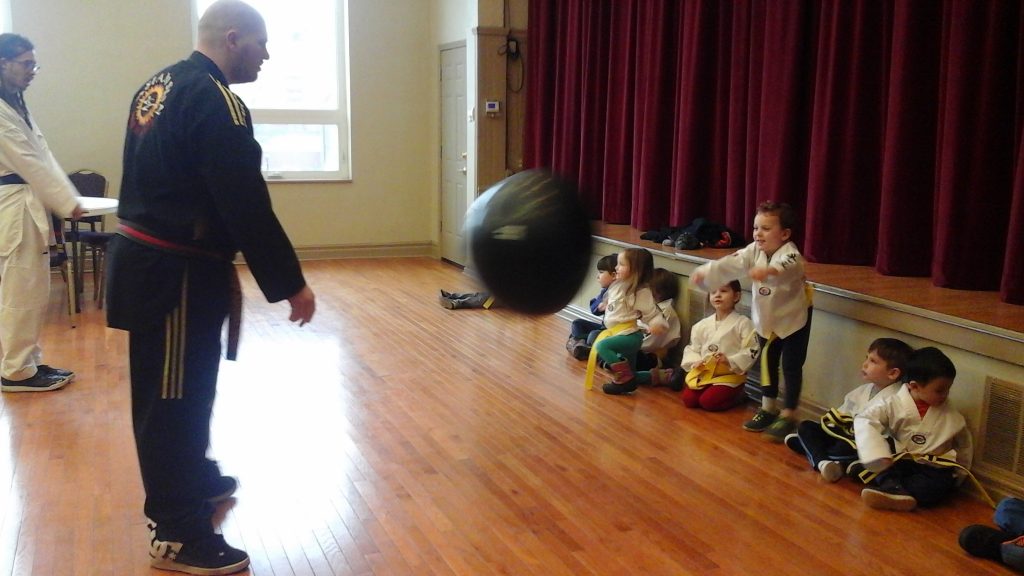 Welcome to Science in the month of February! Mr. John worked with us on some very exciting new science experiments.

“the mass in a specified volume”

Question of the week: What will happen when we mix oil, water, and alka seltzer?

Our data: When Mr. John mixed the oil, water, alka seltzer, and food coloring together, the food coloring floated as if it were a lava lamp.

But why did the food coloring float?………SCIENCE!

The oil stays above the water because the oil is lighter than the water or, more specifically, less dense than water. The oil and water do not mix because of something called “intermolecular polarity.” Molecular polarity basically means that water molecules are attracted to other water molecules. They get along fine, and can loosely bond together (drops). This is similar to magnets that are attracted to each other. Oil molecules are attracted to other oil molecules, they get along fine as well. But the structures of the two molecules do not allow them to bond together. When Mr. John added the tablet of alka seltzer, it sank to the bottom and started dissolving and creating a gas. As the gas bubbles rose, they took some of the colored water with them. When the blob of water reached the top, the gas escaped and down went the water. Cool, huh? By the way, you can store your “Blobs In A Bottle” with the cap on, and then anytime you want to bring it back to life, just add another tablet.

This week Ms. Ashlie filled in for Mr. John, and showed us a fun volcano science experiment!

Question of the week: What will happen when we add baking soda to white vinegar?

Our data: When Ms. Ashlie added the baking soda to the vinegar, it began to bubble over the side of the container just like a volcano!

But why did the vinegar begin to bubble?…….SCIENCE!

Just like in a volcano, the lava starts to build and build until it begins to overflow! We call this a chemical reaction.

Thank you, Ms. Ashlie, for such a fun science experiment this week!

Question of the week: What are the bubbles in the soda? What will happen when we put raisins in a fresh glass of ginger ale?

But why did the raisins bubble up to the top and then fall back down to the bottom?….SCIENCE!

Question of the week: What will happen if we mix Borax, Elmer’s glue, and water?

Our data: When Mr. John mixed the ingredients together, it became silly putty.

But why did the ingredients turn into silly putty?……..SCIENCE!

Borax is the compound that is responsible for hooking the glue’s molecules together to form the putty-like material. There are several different methods for making this putty-like material. Some recipes call for liquid starch instead of Borax soap. Either way, when you make this homemade silly putty you are learning about some of the properties of polymers. 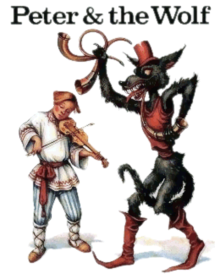 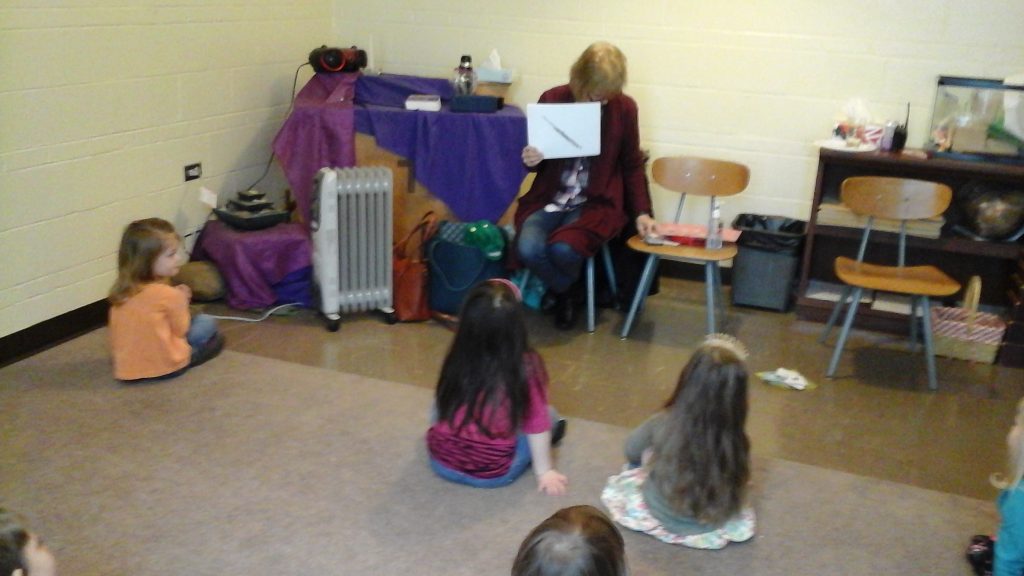 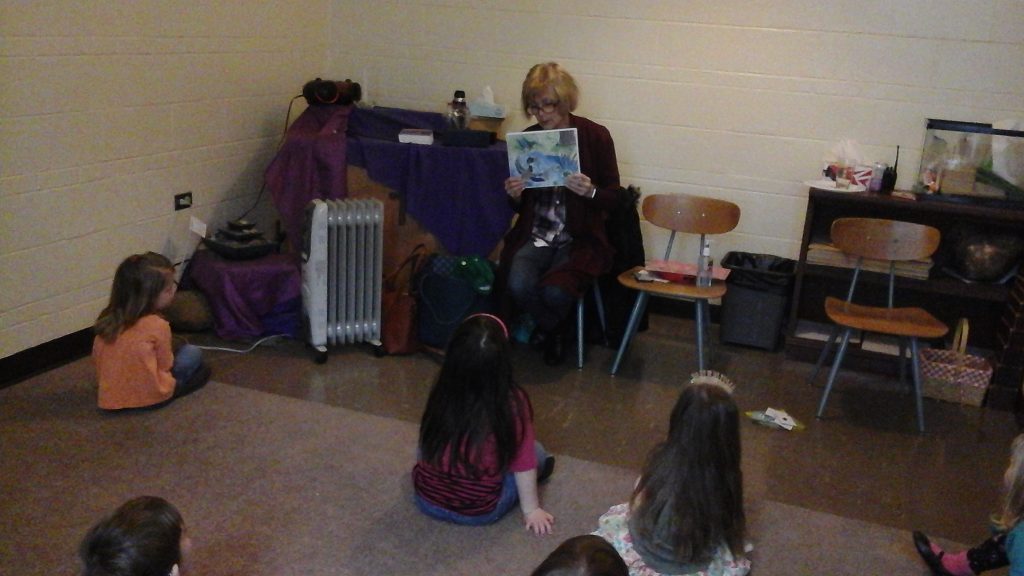 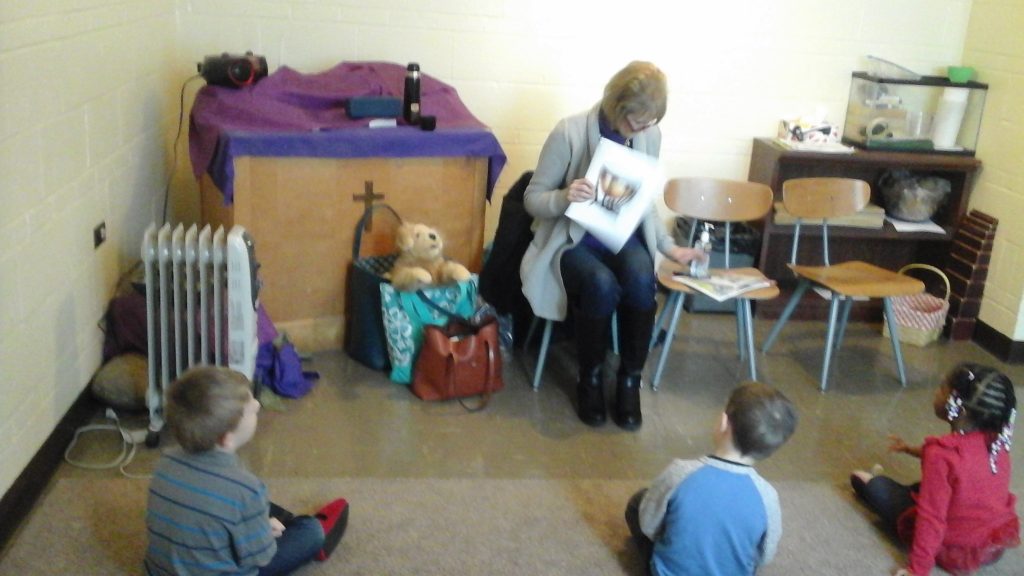 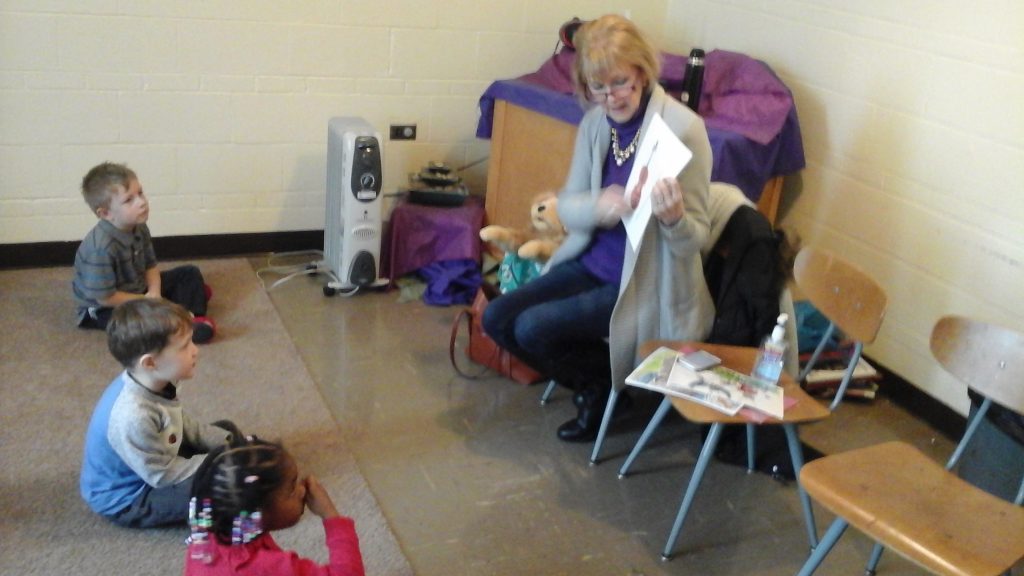 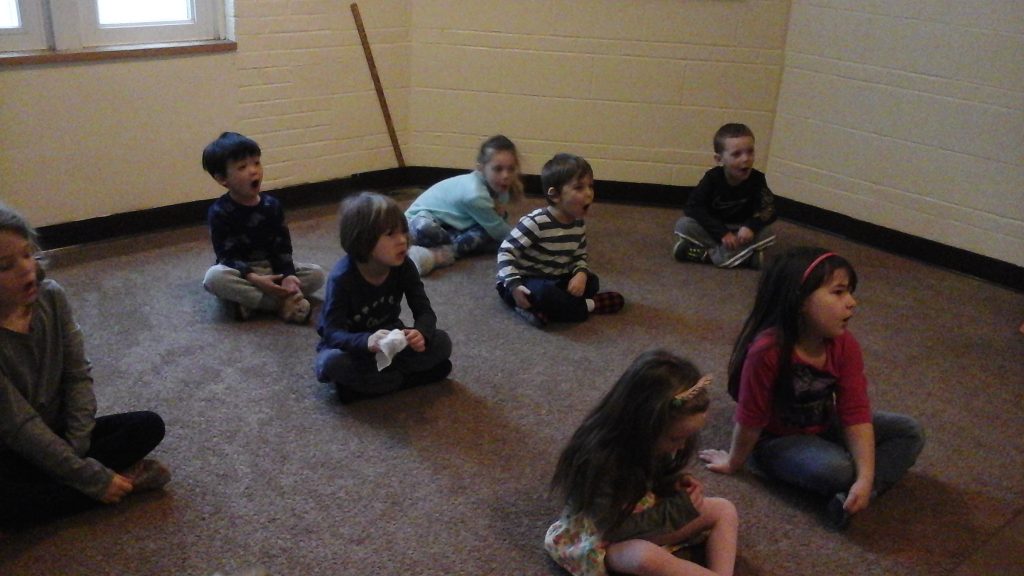 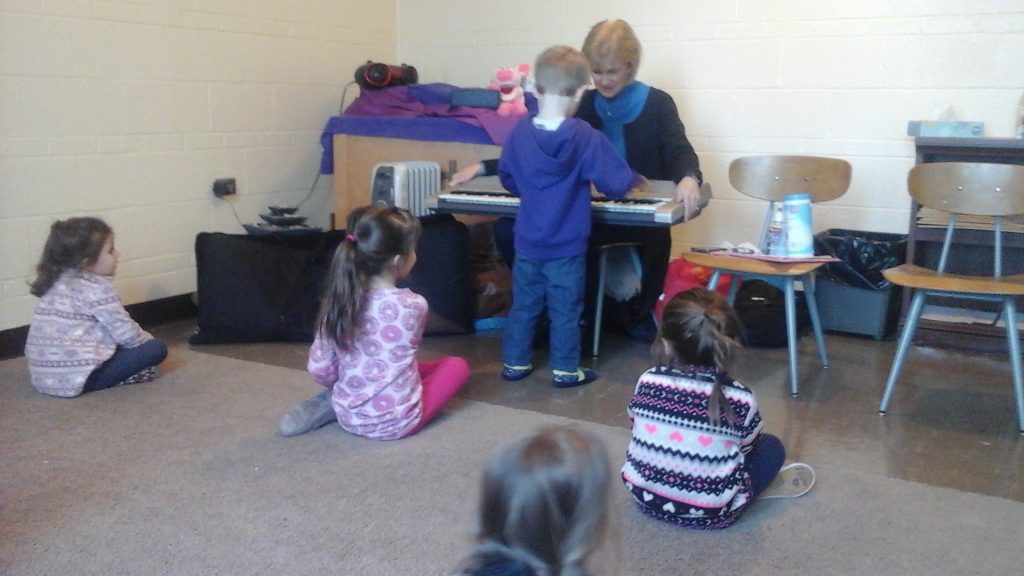 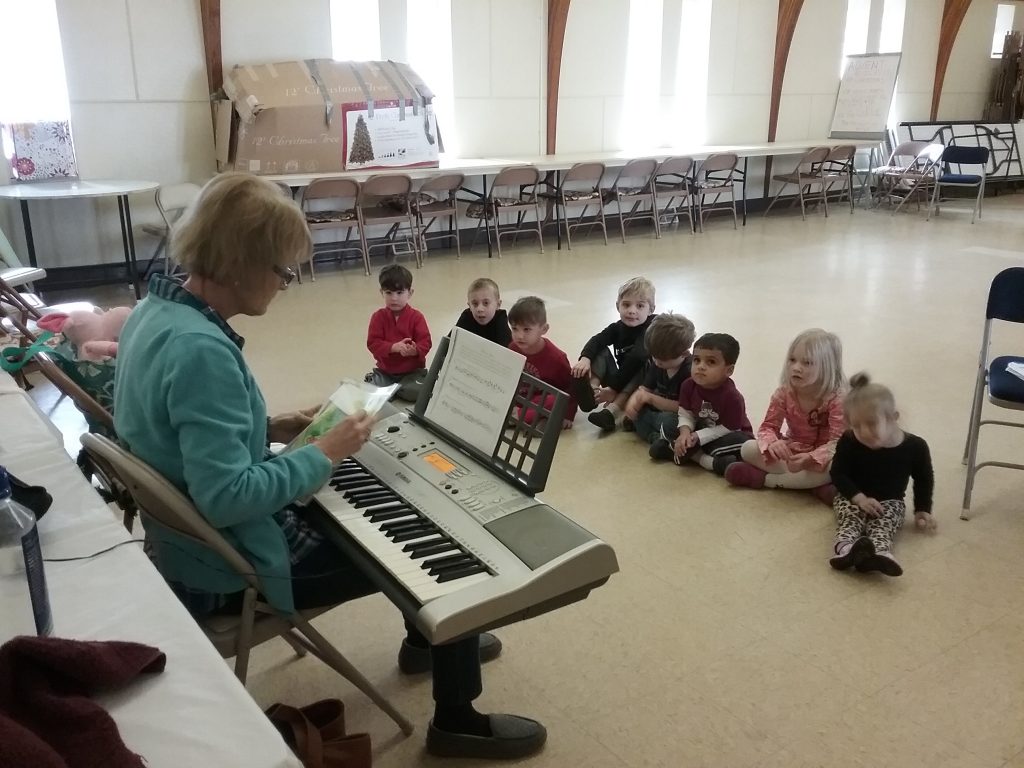 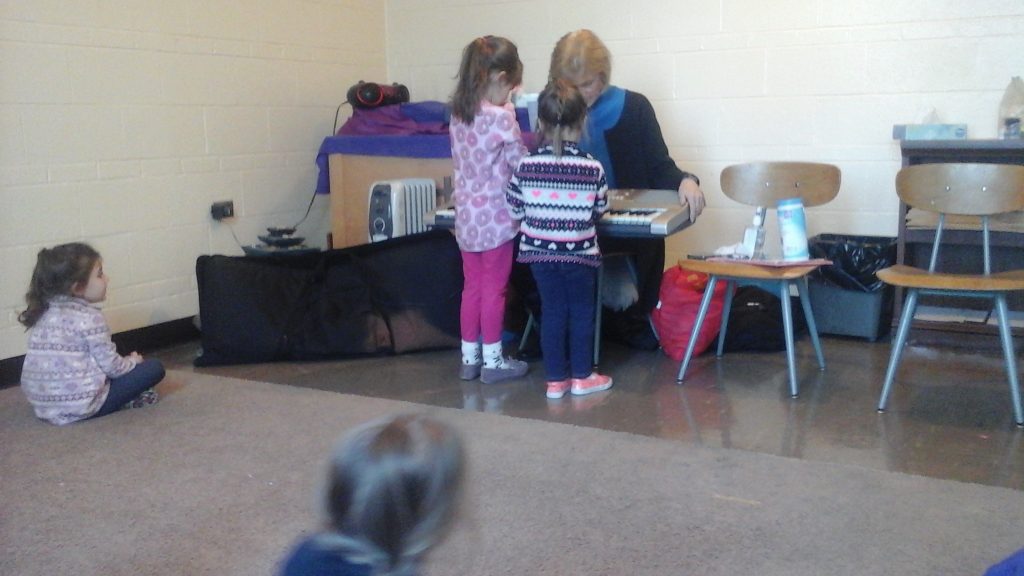 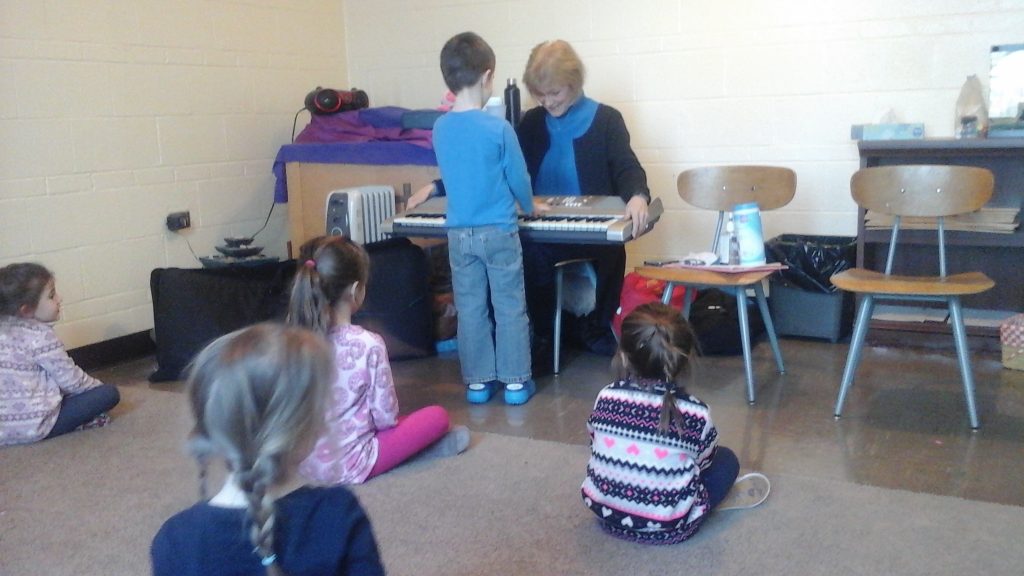 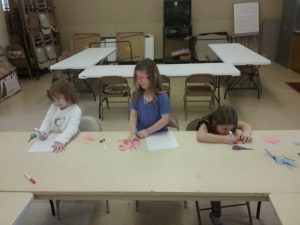 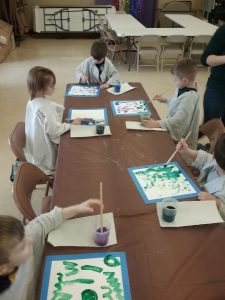 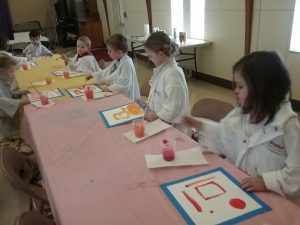 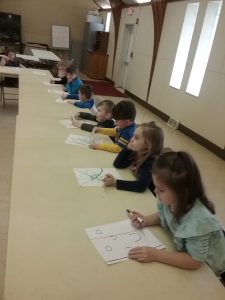 Welcome to the first month of science in 2019! Mr. John worked with us on some very exciting new science experiments.

Question of the week: What will happen if we light a piece of paper on fire inside a glass, turn it upside down, and place it on a plate?

Materials needed to complete this activity at home:

Our data: When Mr. John lifted the glass, the plate was stuck to it and also lifted.

But why did the plate get stuck to the glass? SCIENCE!

“To take something in”

But why did the Sodium Polyacrylate hold more water than the paper towels? SCIENCE

The Sodium Polyacrylate holds more water than the paper towels, therefore it is more absorbent.

Water molecules are strongly attracted to each other and this gives water a high surface tension. The surface of water is strong enough to hold up light-weight objects such as paper. Dish soap mixes with water molecules, lowers the surface tension, the hydrogen bonds are weakened or destroyed and the paper sinks. The paper in the glass floats because the hydrogen bonds are intact.

The unpeeled orange may be heavier, BUT there is air trapped by the peel making the orange float. The peeled orange has no air so it sinks.

The students were then able to observe the tin ions Sn2+ near the negatively charged electrode (the black one) transform into metal tin Sn0. The tin gradually formed a long dendrite-shaped crystals throughout the solution.

To sum it up we grew a dendrite from a colorless salt solution.

Then we submerged a piece of  zinc  in the tin salt solution.

As soon as we submerged the zinc we observed the zinc start to dissolve into the solution, while the tin precipitated on the surface of the zinc pellet forming what looked like needles.

To sum it up we took a zinc pellet and transformed into a prickly hedgehog.

This first session of dance class with Ms. Elisabeth was amazing! Students went from learning the positions in ballet and finding the beat in kids bop to a dazzling performance at our annual Christmas show! Congratulations to all our wonderful dancers, Ms. Elisabeth and Ms. Lexa for a great end of 2018!

If you are interested in having your child join one of our dance classes for the 2nd half of the school year, please stop by the school office. Dance begins Wednesday, January 16th!

Enjoy some snap shots from dance so far this year!

"I chose Montessori school because I felt my child was not getting the academic attention he requires in a regular pre-school. I fully appreciate the hands on approach Montessori takes with children." ~ Keri Countryman