Line Time:
Skeletal System- This week we looked at the skeletal system and if we didn’t have a skeleton we would be one messy blob on the ground (insert a flagellant sound).  We learned the skull protects our brain, the rib cage protects our lungs, and the spine keeps us sitting and standing straight.  We learned technical terms for our arms, leg and our digits which is a funny name called phalanges. We brought our life sized foam puzzle into our room.  His name is Elvis because we learned about the pelvis and it was a cool rhyming name. 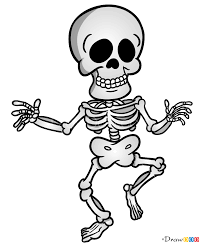 A Message From Mr. John (Snowmageddon 2022/first round):

Did You Know (Humpty Dumpty)?
The story given was that a large cannon, which the was colloquially called Humpty Dumpty, was strategically placed on a wall. A shot from a Parliamentary cannon succeeded in damaging the wall beneath Humpty Dumpty, which caused the cannon to tumble to the ground.  AND…  There was never any mention that Humpty Dumpty was an egg.

Letter Of The Week- R r

Rhyming Word Of The Week- but

Next Language is Welsh

Academic Enrichment aka Kindergarten:
This Week’s Theme: Subtraction (without borrowing)

Sight Words Of The Week: first  than

Your Kids Say The Darndest Things (Sonic The Hedgehog):