Brandy (Warner) Franks is a graduate of Tallmadge High School. She attended Mount Union College where she earned a Bachelor of Arts degree in Psychology, and Plymouth State University, where she earned her master’s degree in Elementary Education with a Montessori Concentration. She holds a Primary (Preschool/Kindergarten) Montessori Education diploma from North American Montessori Center (NAMC). Brandy completed her post-graduate, master’s level Montessori certification from Mid-America Montessori Teacher Training Institute in Omaha, Nebraska, and received an AMS Elementary I (Grades 1-3) and AMS Elementary II (Grades 4-6) Certification. Brandy has worked with children in many settings including a child care facility, coaching athletics (softball, swimming and basketball), Montessori schools and The Cleveland Clinic Foundation treatment programs. She is a member of the American Montessori Society (AMS) and the North American Montessori Teacher Association (NAMTA).

Throughout Brandy’s life she has had a passion for teaching and guiding children. Some of Brandy’s fondest memories are of her own experiences attending Montessori school as a child. The impact this had on Brandy’s life is the reason she has chosen the Montessori Method of education for her own school. Brandy continues to pursue her dream of helping children learn and grow through Absorbent Minds Montessori School. Brandy resides in Stow with her husband and four children.

Kelly (Davis) Andamasaris is a graduate of Stow-Munroe Falls High School and earned her American Montessori Society (AMS) accredited teaching credential through Mid-America Montessori Teacher Training Institute in Nebraska. She is a member of the American Montessori Society (AMS) and the North American Montessori Teacher Association (NAMTA). Kelly did not originally begin her career path with her eyes set on Montessori Education, yet the twists and turns of life opened doors and she found her calling! Kelly’s first experience with Absorbent Minds Montessori School was during its inaugural year. During that year she began to see the impact the school had on her child as well as all of the other students and their families. This impact is what led Kelly to join the administrative team of Absorbent Minds and to complete her own Montessori certification. Kelly is passionate about the Montessori approach to education.  She believes we have a great responsibility to lead and guide our next generation and can achieve this by creating an environment where a child develops a passion for learning and the confidence to succeed. Kelly continues to serve the “Smarter Families” at Absorbent Minds in managing the operations and administration. Kelly resides in Stow with her husband and their three children and loves to spend time with family, friends, and serve at her church. 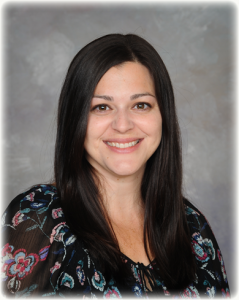 Ms. Lisa is a graduate of Stow-Munroe Falls High School. After managing a bank teller line for 6 years, Lisa became a stay-at-home mom and a parent at AMMS. After years of volunteering at the school and helping in the classroom with her kids, Lisa joined the Absorbent Minds office staff. She loves the way the children work independently and collaboratively to thrive in the Montessori environment.

John Kotradi holds a Bachelor of Arts in Human Ecology from The Ohio State University (O-H, I-O), and an American Montessori Society (AMS) Primary (Preschool/Kindergarten) Montessori certification from Midwest Montessori Teacher Training Center in Evanston, Illinois. John’s experience with the Montessori Method of education began when his own children started school. Through watching them thrive in the environment he was inspired to get involved and become a teacher. John’s passion for influencing his students shows in everything he does. John strongly believes the Montessori environment promotes independence, self-reliance and good statesmanship. In addition to John’s passion for the Montessori teaching philosophy he shares his enthusiasm for science with all of the children at Absorbent Minds Montessori School. One of John’s favorite things about teaching science is exploring through experiments and seeing the children develop their own hypotheses. John resides in Akron raising his three children. Go Buckeyes!

Kelley Laney is a graduate of Cuyahoga Falls school.  She attended The University of Akron where she studied Child Development and Early Childhood Education.  It was during her studies at The University of Akron where Kelley fell in love with the Montessori method.  Therefore, Kelley pursued her love of all things Montessori and obtained her Montessori certification through the AMI training institute in Denver, Colorado.  Kelley has had a total of thirteen years’ experience working in a Montessori classroom as well as sixteen years applying the Montessori method with her own children.  It was through her students and her work with her own children that Kelley observed the amazing opportunities and benefits that Montessori provides for the growth and development of children. She has had five years of experience as an assistant and six years as a Lead teacher running her own classroom.  Kelley did take a brief sabbatical from working in the classroom after the birth of her second child before returning to the Montessori world at Absorbent Minds Montessori School.  It was during her time at home that she became a Montessori Mom and applied her training to raising her own children.  Kelley feels shes has gained valuable experiences having worked in both the primary and elementary classroom environments.

When she is not in the classroom teaching Kelley enjoys many hobbies.  Kelley loves to spend time outdoors with her family hiking, camping, and enjoying nature.   She also enjoys reading, crocheting, spending time with her large family, and volunteering at her children’s school.  She currently resides in the wonderful city of Cuyahoga Falls with her husband and three children and pets. 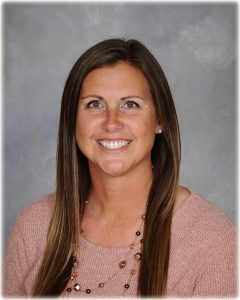 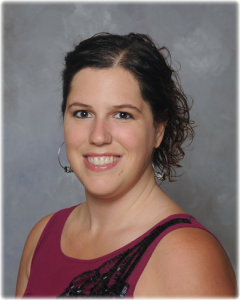 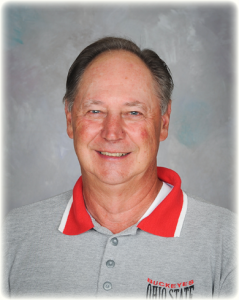 Glenn Warner is retired from Babcock Publishing Company where he worked in advertising sales. Glenn has two degrees from the The University of Akron, an AAS in Industrial Technology and an AAS in Mechanical Technology. He also holds a BA in Finance from Kent State University. Glenn enjoys working with children and playing golf. He has coached girls fast pitch softball teams for 13 years and was an umpire for 15 years doing fastpitch tournaments, high school and college games. Glenn has been married to his wife, Lisa, for 44 years, has 2 daughters, Brandy and Jenna, and four grandchildren. He enjoys sports, the outdoors and spending time with family and friends. 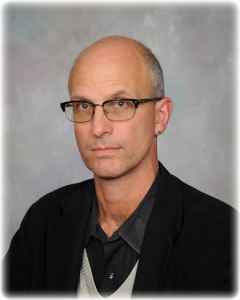 Mr. Knox is a graduate of Emory University with a Bachelor of Arts-History. He also has a Master of the Arts-Classics from the University of Georgia and J.D. Degree from Cleveland-Marshall College of Law. Mr. Knox is currently a staff attorney for the Eleventh District Court of Appeals in Warren, Ohio. He is excited to bring his love of Latin and Greek to our Elementary classrooms. In his spare time, Mr. Knox enjoys reading, walking, and traveling.

Lisa Adams is a teacher, singer and co-arranger of music used in the Exploring Music curriculum. Lisa has a Bachelor of Arts in music education and over 20 years of teaching experience. She has also sung professionally throughout the United States. For each of her weekly classes, Lisa selects songs and develops lessons to teach many areas of music in a way young children can both understand and enjoy. Lisa loves sharing her passion for music with children.

Master Barnick holds a 4th degree Black Belt in Tae Kwon Do and has been studying Martial Arts since 1998. He specializes in teaching children 2.5-5 years old and has been a Tae Kwon Do instructor for Asian Sun for over 11 years. During his career at Asian Sun, Ohio’s best Martial Arts School, ranked by number of Black Belts produced, Master Barnick has produced many black belts himself and coached National Champions. He is the General Manager and Head Instructor at Asian Sun Tallmadge. Master Barnick has a passion and gift for teaching children Tae Kwon Do. He has brought the Asian Sun program to many preschools and is excited to share his passion with the students at Absorbent Minds.

Elisabeth Ihde Cavallaro received her training from the Akron Dance Institute.  Throughout high school, she performed many leading roles with Akron University’s Repertory Dance Company. Elisabeth has performed professionally with the Ohio Dance Theater, the Pennsylvania Ballet and the Ohio Ballet. She has been teaching dance throughout Northeast Ohio for over 15 years and loves working with children of all ages and abilities. Her goal as a teacher is to instill passion and enthusiasm for the performing arts. In addition to running her own studio, IhDe Rather Be Dancing School of Dance, located in Cuyahoga Falls, Elisabeth partnered with Absorbent Minds Montessori School. Together they will utilize her talents, passion and artistic ability to bring the world of dance to the preschool environment.