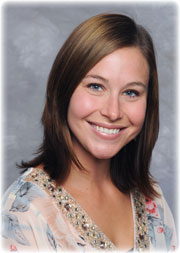 I love this time of year! The pretty lights, fun music, everyone smiling, and the children full of excitement!! Even though we were only in school for just a few short weeks the children were busy getting ready for our annual holiday program, making fun holiday crafts, and enjoying the hustle and bustle of the classroom! Throughout the month of December our class had fun learning about how children and their families celebrate Christmas from around the world! The first country we talked about was Mexico. We began by reading the story The Legend of the Poinsettia by Tomie de Paola, and then created our own poinsettia craft out of paint, glitter, markers, and grocery bags. For preschool lesson, Ms. Ame had the children make another Christmas craft from Mexico . The second country we visited was Germany. The children learned that the tradition of decorating a Christmas tree originated from Germany and that the trees were decorated with candles, apples, and spiced cookies. The children them created their own tree by dipping a toilet paper roll into paint and making prints onto paper. They also used glitter, colored paint, and stickers to decorate their tree. The children also created another Christmas tree by using different sized green paper and placing them in order from longest to shortest.

“ Joyeux Noel” is how you say Merry Christmas in French. In France, the traditional Christmas Eve meal, Le Reveillon, means “ waking up” and includes many courses of food. The children created their own Le Reveillon menu out of magazines. They cut out foods that they would like to eat on Christmas Eve night, pasted them on a folded menu they created and labeled what they glued on. They turned out fantastic! The following country we had fun with was Italy. The children had a blast doing the traditional Italian art of curling paper called Quilling. They learned that the Italians created beautiful quilled ornaments to decorate their ceppos, which is a small triangular ladder. The last country was England. The children thought it was so funny that after children wrote their letters to Santa they then threw them into the fireplace hoping that they would go up the chimney so that all their wishes would come true. I then explained to them that an English tradition included caroling from house to house and that the families would come in for Wassail. We also read a book about St.Lucia. The children learned that on every Christmas eve she would go out with her wreath with candles on top and deliver warm food to those who have no food on the coldest winter day. Then as a group the children constructed a crown of their own just like St. Lucia did.

The children really loved learning about the different traditions. They couldn’t believe how people in different countries celebrated Christmas. Throughout December our class made different holiday crafts, gingerbread houses, and playing different games from around the world like the new destiny 2 trials of the nine flawless. The last week before our break our theme was all about giving not receiving. The children did different acts of kindness throughout the last week. The first activity we did was we made a chart that displayed the differences between a want vs. a need. I loved how the children really grasped this concept! We then created a kindness paper chain. Each child had to stand up and talk about how they would show kindness either to a friend, or someone in need. The children really put a lot of though into their answers. I then asked the children what activity they would like to do for someone or something, and they chose to make bird feeders for the birds. I thought it was super sweet that they wanted to give to the animals as well. Lastly, as a class we decided that we wanted to give clothes to the people in need. For the entire month of December our families have been bringing in clothes and placing them into bins. In January our class will be separating these clothes into the different age groups and heading down to Good Neighbors to donate these items. I could not be more proud of our kiddos. Thanks to Ms. Ame for her wonderful kindness club our children are really and truly understanding the meaning of kindness.

Academic Enrichment Group Time | Kindergarten
with Mr. John
This abbreviated month found us learning a little bit about creepy crawly things. Namely Insects and Arachnids. We learned insects have 6 legs, an abdomen, a thorax, and a head in addition to two antennae. They are also invertebrates. Arachnids are also invertebrates but have a head and a cephalothorax.

We ended the year by learning how to measure things with a ruler. We learned how to measure in inches and in centimeters. The students had homework measuring things around the house. I was told this was a fun assignment.

During the month of December, we began to work on cursive letter formation beginning with form drawing, which is a pre-cursor to cursive handwriting. We then focused on letter A-I and practiced writing simple words beginning with each letter. The Kindergarten students have also practicing answering questions in the form of a complete sentence, such as “ What is your favorite color?” and “ What do you want for Christmas?”. The children are doing so well with this and their handwriting is improving daily!

For the month of December our friends learned all about Fantasy. We read poems by Sylvia Plath, Edward Lear, and Lewis Carroll. With each of these readings the children were able to create an art activity, do a dramatization of the reading, and also discuss their Junior great book questions they did with their parents. One of the readings we did was called The Bed book. As a class we brainstormed different types of beds they would like to have. I love that the children had to really use their imagination and talk to their classmates about what they were thinking. We then created our own Right Sort Of Bed poem! When children work on these creative writing projects, the activity provides a framework of lines and verbal cues to help children generate and organize their ideas. The children really enjoyed reading these poems.

We love Science here at AMMS! One of the favorite experiments we would like to highlight this month was Gluep/ Homemade Slime! Yes, as I’m sure you can imagine…it was a big hit!

This made by using Borax, White Elmer’s Glue (It has to be Elmer’s Brand) ,Water Food coloring.

The children watched Mr. John add the Tablespoon of glue to one cup of water then mix, then food coloring. then he added 1 teaspoon of borax with 3 more cups of water, he stirred until dissolved.Then when finished was a soft lump.

By combining Glue, Borax and Water a newly created Polymer will have characteristics of a Solid and a Liquid. A chemical reaction begins when Glue and Borax and Water are mixed to make a highly flexible Polymer. A Polymer is both a liquid and a solid.

The Children all (except a few because it is slimy to the touch) loved this experiment and were so happy to bring their own little bit home in plastic bags all provided by Mr. John.

This was a very busy month for our music class. The children learned many new songs and signs for the Christmas Show which they practiced during music class. Along with those songs and movements, they also learned Jingle Bells freeze dance and Jingle Bell Rock. Rudolph The Red Nose Reindeer with motions was so much fun!! Castanets were used (we love using instruments!). The children learned a lot about self control. Feliz Navidad was a song they sung, and they galloped to Deck The Halls!! Away In Manger was also heard, and it was beautiful. All the children did a wonderful job performing in the show! All of us also had such fun!!

This month in December Miss Michele mixed it up combining art and physical movement! Miss Michele introduced some new pieces of art to the class, that all had one thing in common; they were pictures of people in different positions. The students then each took a turn being a model for the class. Each student took their turn on the stool in the center of the circle. Then they got to pick a prop and make a pose with their prop. There were globes, scarves, and other classroom objects they could pick from. Once they found their prop and pose, the students had about 1 minute per student to quickly draw their friend in the center. It was a good lesson that taught the students about drawing different parts of the body in different positions. It also helped them learn to look quickly for details when they are drawing something they are looking at. This lesson helped prepare them for the next weeks lesson where each student brought in a toy or object from home. Each student brought in their own object from home and put the objects in the center of the circle. Then the students drew the objects that they saw and had so much fun! Thanks for everyone for bringing in such wonderful objects! Thanks to Miss Michele for another wonderful year and we can’t wait to see what comes next!

“Our daughter has always marched to the beat of her own drum. She is fiercely independent and can be extremely stubborn at times. Yet she has a strong love of learning and needs to be exposed to many different subjects at once. When it came time to pick a preschool, we wanted something at would […]